Looking Back: A Promise of Recycling for Helena

In the late eighties and early nineties, regulations known as "SubTitle D" were enacted to protect groundwater and address other environmental concerns associated with landfills. Lewis & Clark County and the City of Helena, like many communities across Montana and the nation, needed to replace their facility with new system to dispose of trash.

Centennial Park now covers the old city dump and a hundreds years of trash going back to early times in Helena. A recently established special district pays the approximately $110,000 a year cost to monitor and address methane and plumes from the site. The bond for the Transfer Station is now paid off and the City has a million dollars set aside to invest in the facility, in part due to separating the old landfill liability from the solid waste assessment and tipping fees.

The cost of historic landfills was on the minds of Helena residents when it was time to build a new system and facility. A more holistic approach, known today as "Integrated Waste Management" was called for, one that included a focus on recycling. Today, City of Helena and Lewis and Clark County residents in the Scratch Gravel Landfill District (Helena Valley) pay into a system that was promised to include collection for "all recyclables" from the start.


As we look to our 150th in Helena, it is time to honor this commitment.

It is an honor to serve. Thank you very much for reading this post! 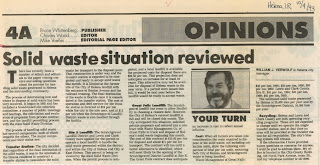 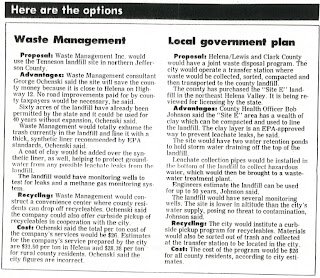 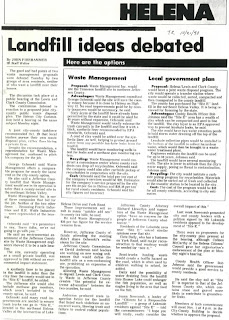 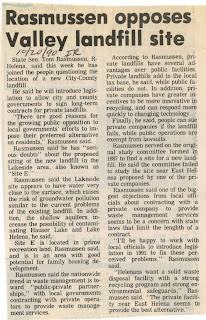 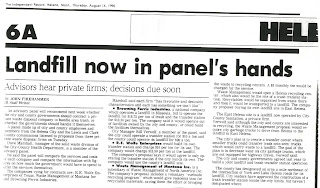