In 2009, the Tenmile Watershed Collaborative Committee, "including residents from the city, Lewis and Clark County, the Helena National Forest, citizens, fire officials, environmental advocates and a timber industry representative - used a consensus-building strategy to hammer out an agreement for a sweeping multiyear series of fire-fuel reduction projects in the roughly 30,000-acre drainage(Helena Independent Record 10/4/09)."

The working group "reached consensus....on a plan to reduce the drainage's vegetation by 20 percent to 40 percent, using mechanized logging and prescribed fire. Officials say the collaborative effort is a historic achievement, and say the recent MacDonald Pass fire further highlights the urgent need to protect the landscape, the town of Rimini and Helena's drinking-water source(Helena Independent Record 10/4/09)."

Watershed Moment outlines the process the Tenmile Watershed Collaborative Committee when through, and the conclusions and ground breaking plans they agreed upon.  The second article outlines the current bottle-neck to the project, which is to advance the environmental review required, and agree to by the committee, to develop the more detailed aspects of the landscape treatment plan and to begin work as soon as possible. Both articles show the wide spectrum of support for this project.


The following photos were taken in the summer of 2011 by Helena City Commissioner Matt Elsaesser on a tour with city staff on FEMA supported projects to protect the flume, which includes city land as well as many private parcels.  - Matt E 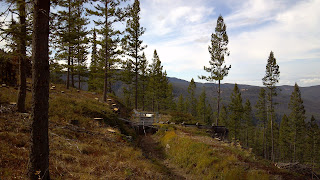 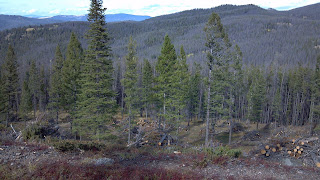 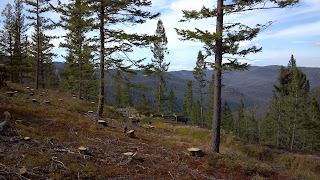 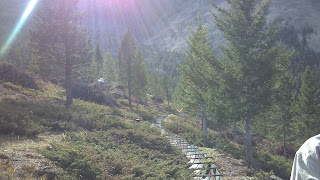 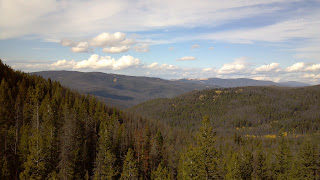 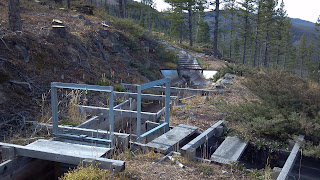 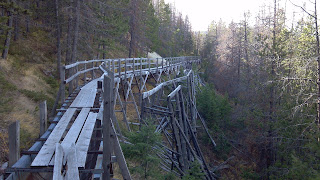