Time for Fixed Routes in Helena

Today's Joint City-County meeting (4p.m., room 326, 316 N. Park) will include discussion of improvements to public transit in Helena. We have the opportunity to establish three fixed routes connecting most of Helena and East Helena using existing public transit resources. The map below shows the proposed routes. We cannot delay. These routes will make public transit more useful to everyone in our community. Further, Helena will lose federal funding if ridership number continue to decline. The City and County Commission's should follow HATAC endorsement of the following fixed routes. The City and County Commissions should dedicate resources to get them online starting Monday, January 5th, 2015. Starting the routes at the new year will serve Helena residents and guest for the 2015 Legislature, which will include a Legislative shuttle that will link the routes. Marketing and modification of the routes can take place while other initiatives, such as re-branding are being explored by HATAC as part of a federal grant. 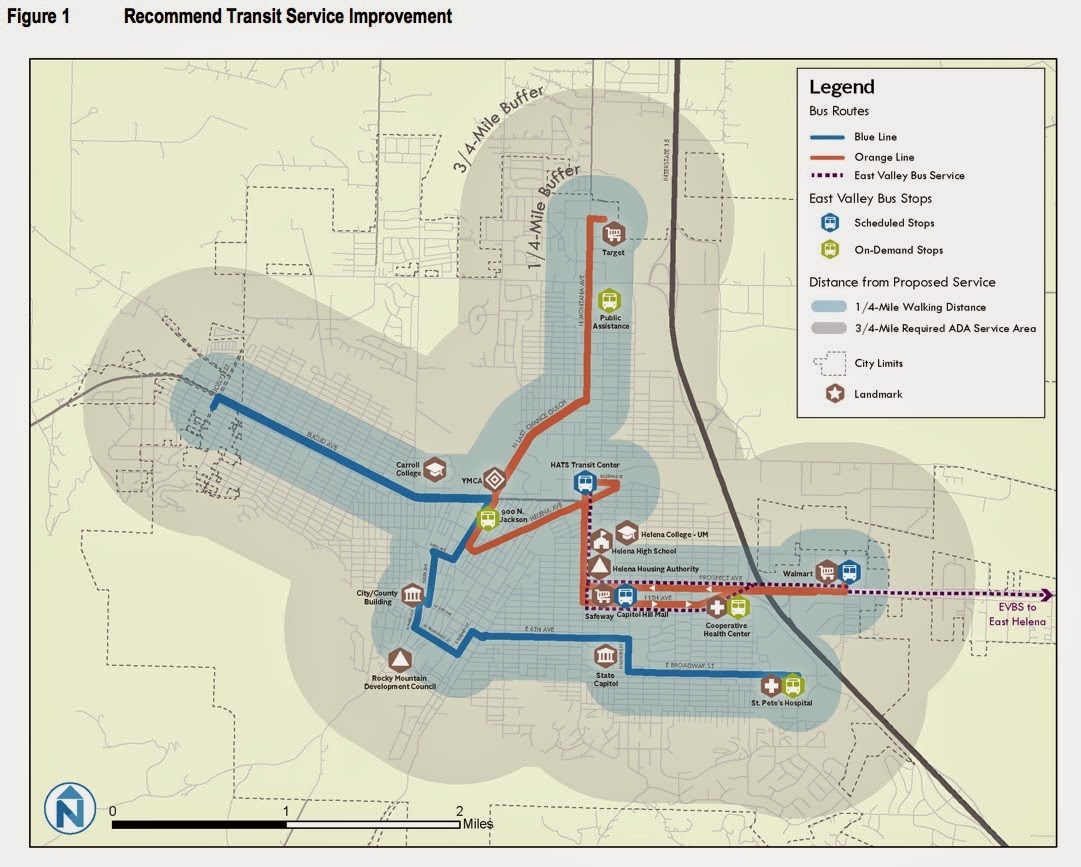 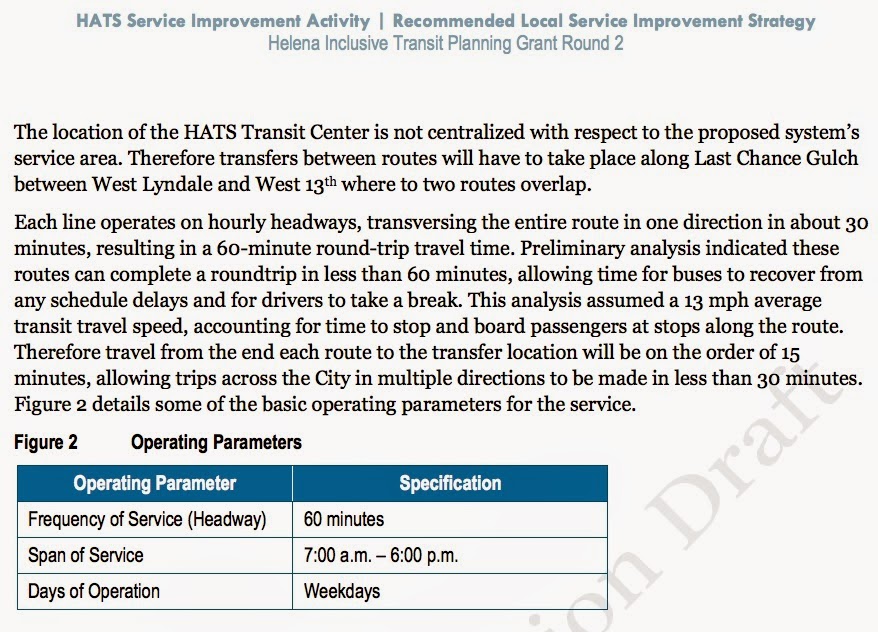