On Wednesday, January 22, 2014, a majority of Helena City Commission directed staff to prioritize Henderson Bridge with remaining CTEP funds. Discussion include a letter from Helena's Non-Motorized Transportation Advisory Council to prioritize the bridge, while continuing planning for the additional projects in the event right-of-way cannot be acquired. The deadline to apply for remaining CTEP funds in September 30, 2014. The City of Helena would need to secure permission to use Montana Rail Link right-of-way (and BNSF) prior to submitting the proposal. Eric Bryson attended the meeting and confirmed Lewis & Clark Counties commitment of around $100,000 in CTEP funds that could support the Henderson Bridge or other parts of Phase 1 of Centennial Trail. 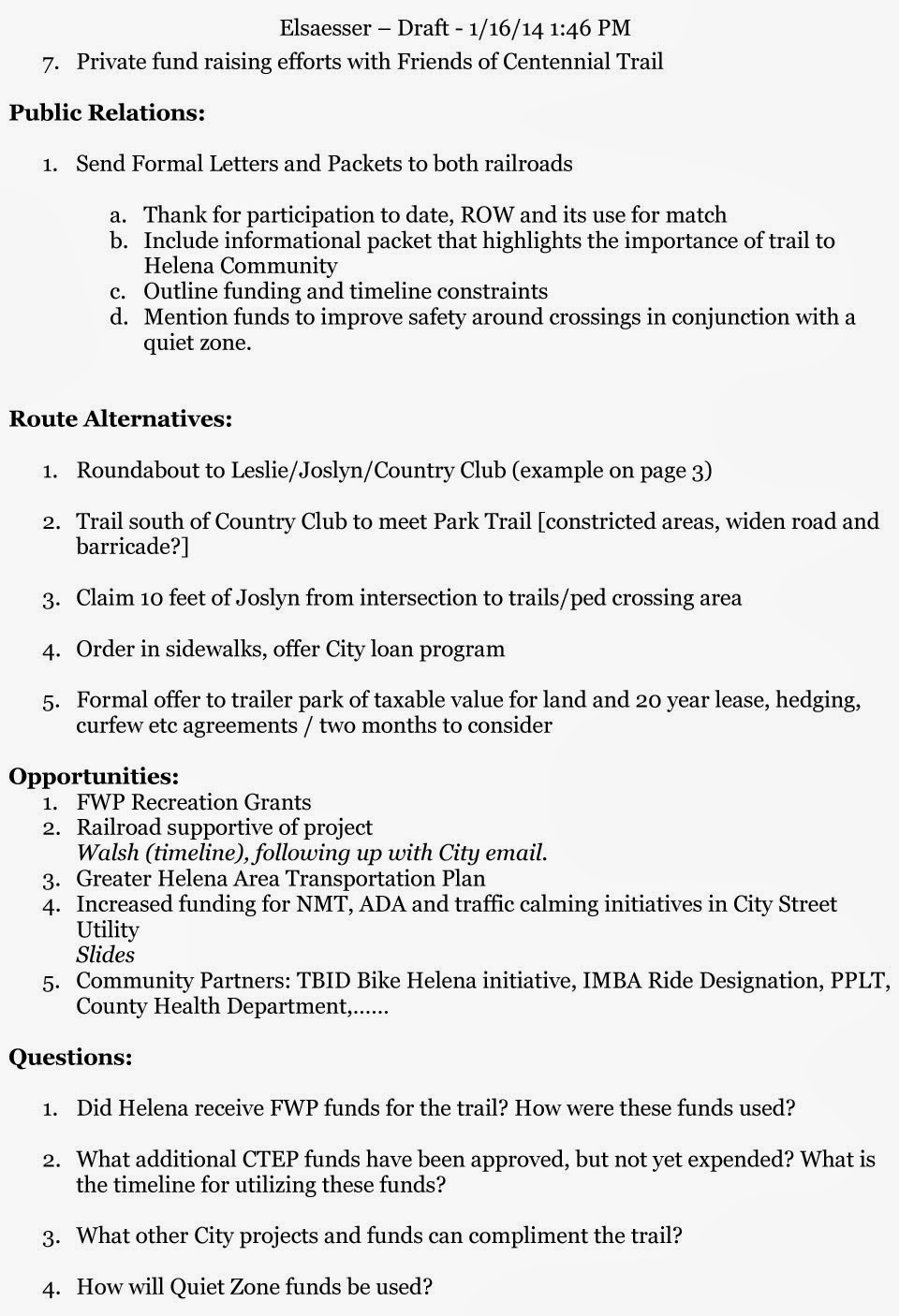 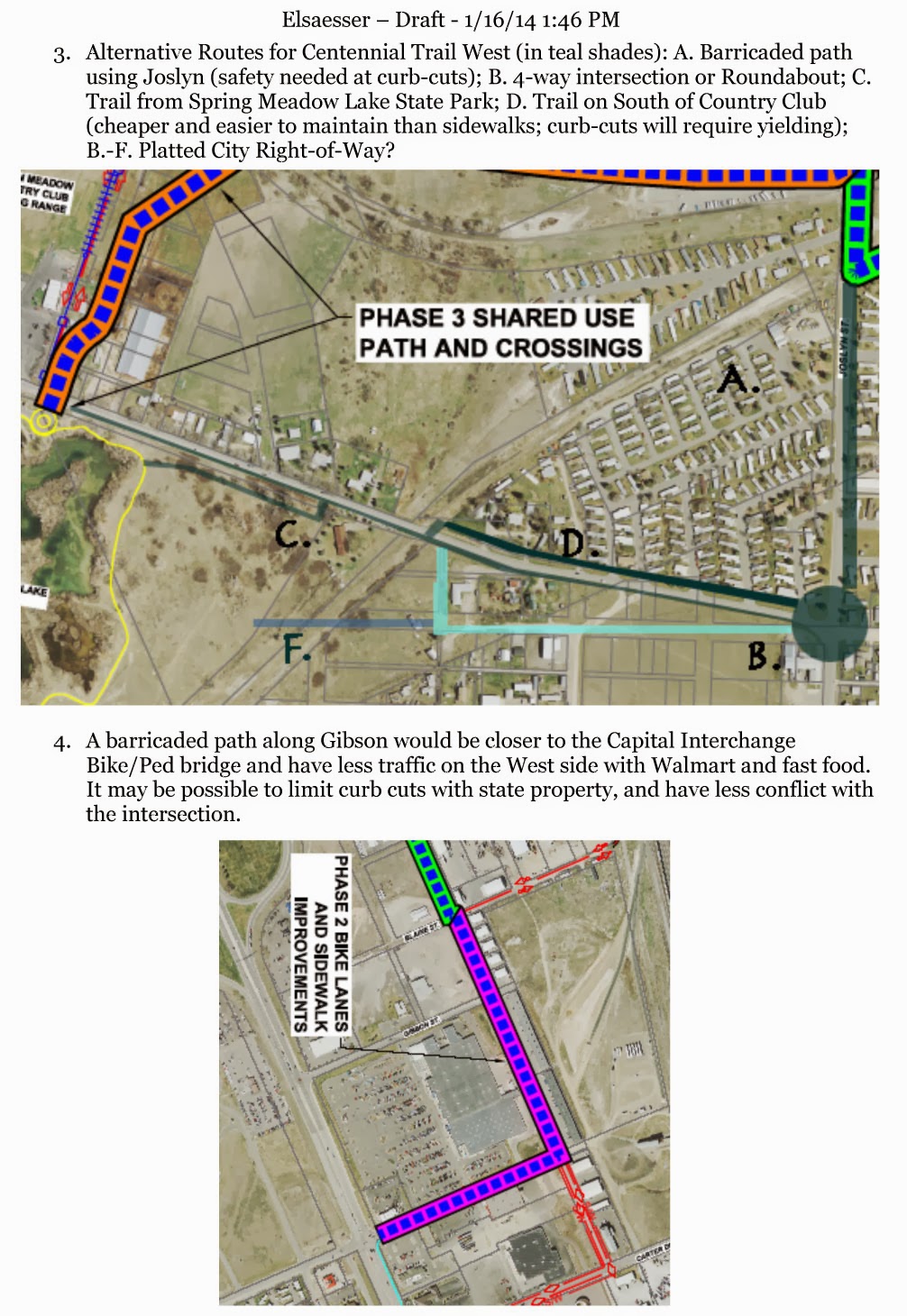